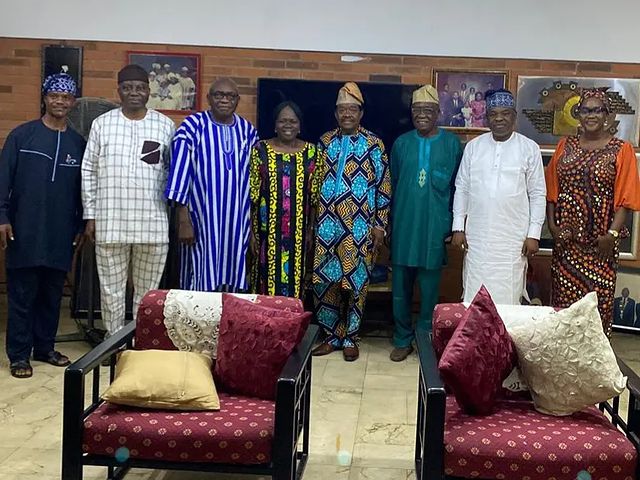 In its bid to reconcile all parties and foster camaraderie within the Alumni from every branch and chapter the Conflict Management Committee, one of NEC’s adhoc committees, took advantage of the Muslim holiday, yesterday October 19th 2021, to pay a special visit to Prince Adeyemi Adefulu, MFR, at his residence.

The Chairman of the Committee and leader of the delegation, Asiwaju (Dr.) Michael Olawale-Cole, CON, MFR, remarked that it was high time the Alumni moved forward and together as one in pursuing our aims and objectives of supporting the University in its development.

While making his remarks, he expressed joy that the move was long overdue. He also shared his thoughts on how matters have since proceeded and reminisced on his time as Past President and as a student leader in then NUNS (National Union of Nigerian Students).

Prof. Olayide Abass, OON, who was also part of the delegation, commented that this was the time as appointed by the Almighty and urged that in the spirit of progress and in the interest of the University we proceed as one.

Another member of the delegation Prof. Kayode Amund, advised that the Committee reaches out to other parties.

The National Secretary, Chief Adebisi Ogundipe who also spoke at the occasion, said that he was thrilled that this was happening at this time and promised secretariat support.

The Executive Secretary, Mrs. Yetunde Abatan and Alumni Relations Manager, Mr. Seun Badejo, were also part of the delegation and lent their voices to the reconciliation process.

Pictures were taken during the meeting and afterwards with Mrs. Ololade Adefulu, wife of Prince Adefulu. 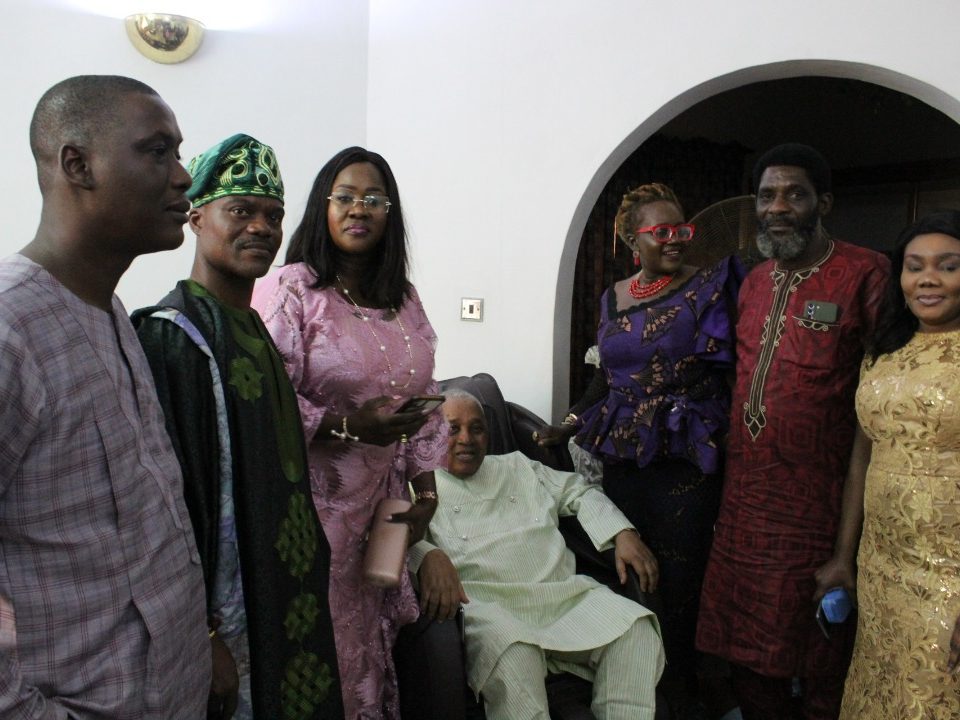 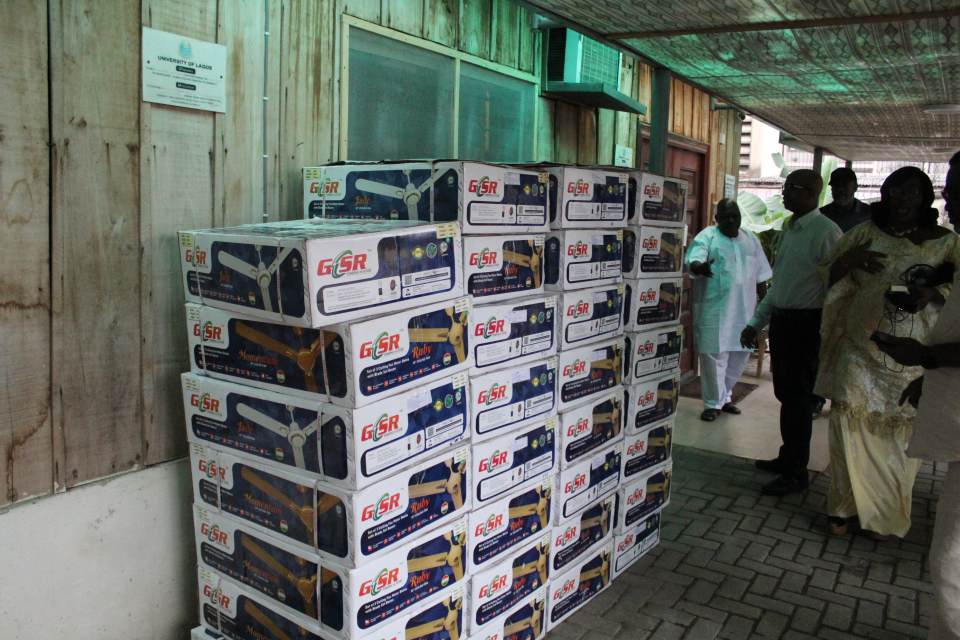