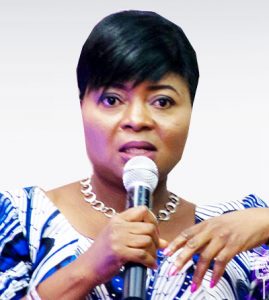 Betty Abah wrote down details of every outing with her Alfred Friendly fellowship colleagues. She would scribble notes or draw sketches to record her experiences a decade ago in America, whether or not the activities were related to journalism.

“Even if it was a beach outing,” Abah said. The Fellow from Nigeria was the scribe of the group; she was ‘my journalist’— a term coined by Pakistani colleague Shahid Shah.

In a Media Career Services interview, Abah described her Alfred Friendly fellowship experience as the “turning point” in her journalism career and for her personal development. “It exposed me to a new realm of journalism practice: the professionalism, attention to details, independence and also access to various modern tools of practising the exciting career. I learn there is absolutely no substitute for cracking HARD WORK!”

She said in an email interview with us that the experience “simply opened so many other doors — from meeting with wonderful persons of all racial backgrounds, having life-transforming experiences to walking almost blindly into opportunities. As we would always say, I can’t but scream Thank you, Alfred!”

“I try to be a voice for other voiceless women, try to sensitize both males and females to try and give up some aspects of our society that are anathema to progress”

Abah left active journalism in 2007 but remained passionate about words and human rights. She joined the nonprofit sector and focused on public health, environmental justice and women’s rights. She’s now an outspoken voice for gender equality and against child marriage in her native Nigeria — where just under a quarter of the women marry before turning 18, according to UNICEF.

Abah has been involved in high profile cases where she called out human rights violations. She was a player in the campaign to release the 276 Chibok girls, who were abducted from their school in northeastern Nigeria by Boko Haram militants. She’s also been involved in the campaign for the environmental rights of Niger Delta women, and for justice in the kidnapping and forced marriage of a 13-year-old Nigerian girl, Ese Oruru.

Although her efforts have been met with male resistance, Abah has pushed for the creation of gender equality laws that would grant women equal access to jobs and education. She has also pushed for the right of wives to inherit goods and property from their deceased husbands.

“I try to be a voice for other voiceless women, try to sensitize both males and females to try and give up some aspects of our society that are anathema to progress,” she said.

During her 2006 Alfred Friendly fellowship, Abah was featured in the Lifestyle and Entertainment section of her host newspaper, the Rocky Mountain News. She also wrote 16 stories for the Denver paper and fell in love with writing obituaries.

“Most obituaries were those of old people, the language was mostly celebratory, light and sometimes humorous!” Abah said.

Abah was most surprised by the professionalism she saw at the Rocky Mountain News and how the reporting focused on everyday people.

“That greatly shaped my perspective of what ‘the real news’ should be, and in some ways, that must have impacted my current work with young people in slums and underserved communities in Nigeria,” she said.

Abah has won several local and international journalism awards and is a national committee member of the United Nations Development Program’s Global Small Grant in Nigeria. She has authored five books, including the award-winning Go Tell Our King and Mother of Multitudes.

“The Nigerian press will be totally free yet again.”

A few years ago, she started CEE-HOPE, which advocates for the rights and welfare of children. The non-government organization was profiled on Wikipedia as part of the new Wiki Loves Women project, which celebrates works and female personalities working in women-related fields in Nigeria, Ghana, Cameroon and Cote D’Ivoire.

Abah’s fight is also towards a free press, something she believes has been regressing in Nigeria through more government interference and “more conscious moves to gag the press” through the incarceration and harassment of journalists.

But she is optimistic.

“I am happy to also say that in this age of the social media and new waves of consciousness as to what entails individual human rights and freedom of expression, that there is certainly a limit to impunity and dictatorship no matter how veiled in the cloaks of democracy,” she said. “The Nigerian press will be totally free yet again.”

And “my journalist,” the scribe of the Class of 2006, still freelances and continues to nurture those friendships she made during the Alfred Friendly fellowship.