How we successfully run business together and avoid scandals — Darey Alade, wife 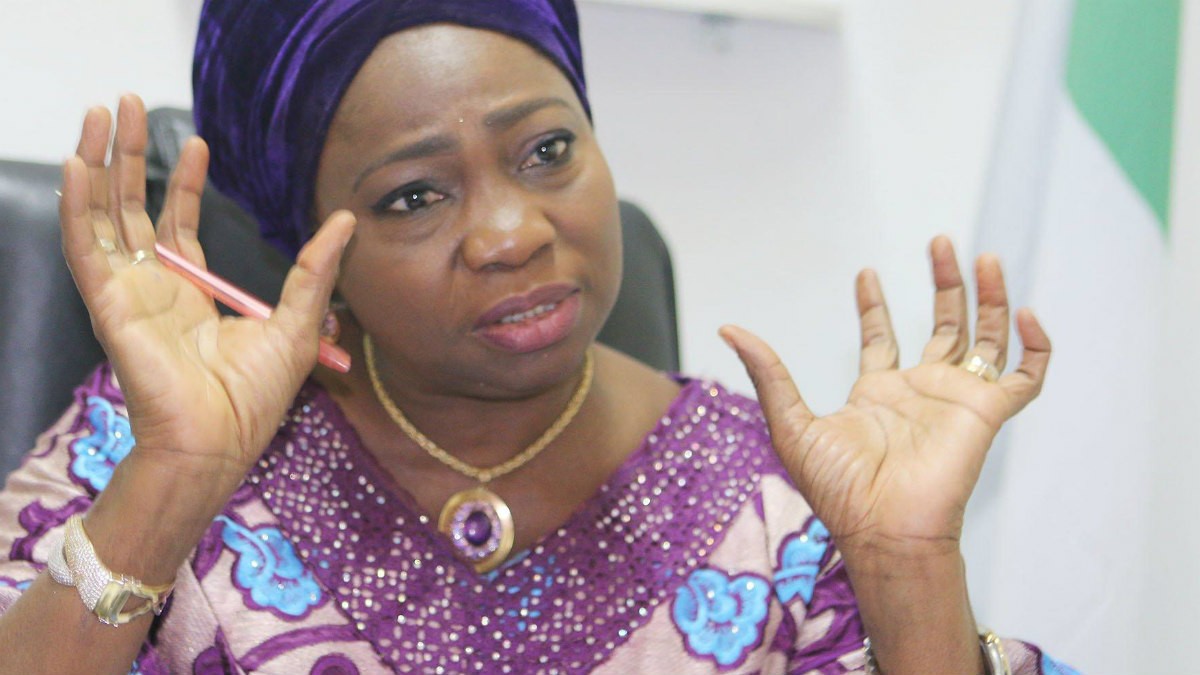 Hon. Abike Dabiri-Erewa has several times been described as a sterling Nigerian amazon, an outstandingly brilliant broadcaster who later transmitted to an outstandingly, brilliant parliamentarian. A worthy, compassionate, fair, firm, respected and courageous leader. Fondly called ”Mother of Teresa of the tube” because of her compassion for the less privileged, and now ”Lady Diaspora” for pioneering efforts in putting Diaspora Affairs on the front burner.

Hon. Abike Dabiri-Erewa spent 15 years of meritorious service at the Nigerian Television Authority (NTA) where she stood out for her ability to use journalism to bring succour to millions of Nigerians especially children, women and the less privileged. We can’t forget the story of Mary, the miracle baby, story of a girl being claimed by 3 mothers, which Abike painstakingly investigated for 8 years to a logical conclusion.

Born in Jos, Plateau State, an indigene of Ikorodu, Lagos State, Abike represented the people of Ikorodu Federal Constituency in the House of Representatives from June 2003 to June 2015, she served as Chairman House Committee on Media and Public Affairs (June 2003 to June 2008). As Chairman Media, she worked at giving the House a credible image through absolute openness and transparency, And as Chairman House Committee on Diaspora Affairs (June 2008 till 2015), her major spotlight was in her advocacy and calls for justice and fairness for Nigerians abroad. From China, Pakistan, Libya, to USA, Northern Cyprus, Saudi Arabia, Russia, Brazil and many more countries, her intervention was impactful.

She championed and sponsored the Freedom of Information Bill (FOI bill) and the Violence Against persons Bill, which have both been signed into law in Nigeria. The Nigerian Infant Welfare Scheme Bill, Nigerians with Disabilities Bill, A Bill to amend the railway act to allow private sector and state participation, Nigerian Diaspora Commission Bill, and A Bill to Promote the Advancement of Nigerian Women and Girls, among many others.

She voluntarily did not seek re-election for a 4th term in the parliament. In her words “Let’s give others a chance”. She served as the Senior Special Assistant to the President on Foreign Affairs and Diaspora from 2016- 2019, and now she has been appointed Pioneer Executive Chairman/CEO Nigerians in Diaspora Commission a position she is serving with diligence, effectiveness and passion.

Abike has always worked with passion and compassion. Let’s mention a few. From what looked like a scene from a Soap Opera from her days at NTA, she successfully concluded the puzzling story of “Mary the Miracle baby” a new born baby who was being claimed by three mothers, which Abike painstakingly resolved. She thereafter ensured that Mary had an education through to the University level by placing her on her scholarship scheme. And when Miss Oladapo Bisola Suliat cried for help, a 19 year old student who was down with Lymphoblastic Leukaemia and needed to get to India urgently for medical attention, Abike resolved her challenge within 24 hours.

What about her intervention in the case of ZainabHabibu Aliyu, a 22 year old girl who was imprisoned in Saudi Arabia for an offence she didn’t commit, a victim of a drug cartel. Working with other officials from the Ministry of Foreign Affairs and Justice, President Muhammadu Buhari’s prompt intervention saved Zainab.

It is therefore not surprising that she has won over 350 awards both internationally and locally. Some of these awards include Bridge builders Award in Washington, International African Woman By Women 4 Africa in London, Catholic Young Men Association (CYMA) Award for Leadership, UNICEF Child Friendly Award, Certificate of Recognition from California Legislative Assembly, This Day 50 Women At 50 Achievers Award, Nigerian In Diaspora Organization Globe Awards F.R.N people’s choice Awards, African Parliamentary Award, Committee Chairman of the Decade, Winner of the NIDO Global Award, Canada, Federal Republic of Nigeria people choice awards. Three times winner of Representative of the year, five times winner of Female representative of the year, Congressman Donald M. Payne (US House of Reps) Award and Certificate of special congressional recognition for her unwavering commitment to humanity and serving as Chairman for Nigeria House Representatives Committee on Diaspora Affairs. African Parliamentary Award, 2010, South-west House of Representatives member of the Decade, African Parliamentary Award, Committee Chairman of the Decade, Chief Obafemi Awolowo (AWOIST) leadership Award, as the Grand Officer of the Masses (GOM), in due recognition of her selfless services to humanity, Commander of Great Ife (CGI), and Zenith Bank JEWEL OF THE FUTURE Award. She has been named as one of the top 50 Nigerian women and top 200 women in the world by Richtopia.

Hon. Abike Dabiri-Erewa has been a voice for the voiceless and remains a symbol of hope and inspiration to many. Her comportment, integrity, virtues and ideals are indeed qualities worthy of emulation, and her guiding philosophy at all time is that, success is not about age, it is not about character, it is not by how much you have but how many lives you are able to touch.